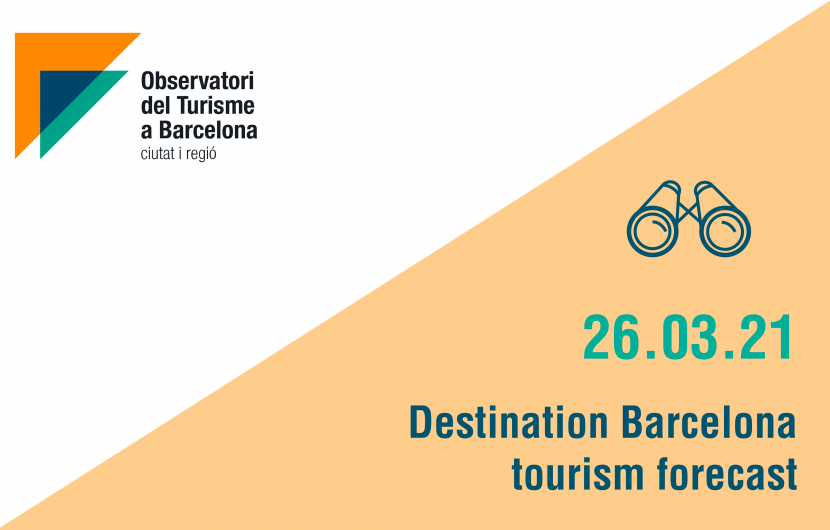 The Observatory of Tourism in Barcelona updates the Destination Barcelona tourism forecast report as of 26/03/2021. This report highlights the effects of Covid-19 on the tourism sector.

In Catalonia, until the 9th of April, the following measures will affect the tourism sector:

- Restaurants and bars: 30% of capacity on both the outside and the inside of the establishments. Opening hours from 7.30 am to 17 h. Take-away outside the opening hours will continue to be allowed.

- Schools: bubble groups are allowed to go on an excursion and to stay overnight, even outside their region of residence.

- Region perimeter lockdown: bubble groups are allowed to leave the region of residence.

On the other hand, the Ministry of Health has agreed to lock all the autonomous communities down during the Easter holidays, so that mobility will not be allowed between the different Spanish territories or outside them (except: Canary and Balearic Islands).

The entry measures to all passengers flying from Brazil, South Africa and United Kingdom, due to new variants of the virus are mantained in Spain.

The global airlines capacity during 22/03 week has been -43.4%, while in Spain -73.8% behind the same week on 2019. It is expected that, late in March, there will be a certain global recovery in frequencies (especially domestic flights). After that there will be a stabilization in air capacity and it must be reminded that companies continue to readjust their offer from week to week.

In Barcelona city, 115 hotels with 27,493 beds remain open. The Eixample, the Gothic Quarter, and Sant Martí are the districts with more available offer.

77.5% of the cultural facilities in Barcelona city are open to the public. However, some of the most visited sightseeing places in Barcelona city keep temporarily closed (Sagrada Familia, Tibidabo and Casa Batlló). Camp Nou Experience has just reopened.

As for the professional events, it must be highlighted that there are 101 confirmed congresses for the upcoming years, 63 in 2021.

Over the last week, Google searches from Spain for Barcelona city have slightly increased, while in Destination Barcelona they have remained stable. Most of the searches for both geographical areas keep coming from Catalonia.

The Barcelona flights and accommodation searches achieve their best positioning on the French and the Spanish markets, followed by the other European countries. The positioning of the Destination has stayed steady if compared to the previous week. 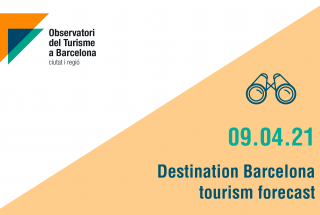 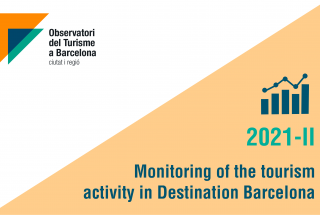 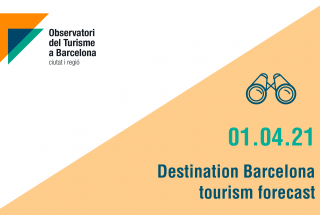